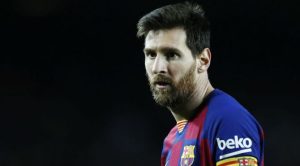 NakamPay understands that Messi has asked to leave Barcelona this summer after he sent a fax to the Spanish giants saying he wishes to exercise a clause in his contract, allowing him to leave for free with immediate effect.

Messi, a six-time Ballon d’Or winner, made his debut for Barcelona in 2004 and has won the Champions League four times. Though the Spanish giants believe the clause in Messi’s contract has now expired, the Argentine is contracted to the club until 2021 with a 700 million euro buy-out clause.

Barcelona board will meet soon and some consider the only thing that could placate Messi is the resignation of the president, Josep Maria Bartomeu, and early elections but the Argentine seems determined to leave the club no matter what.

A legal battle is now set to follow between Barcelona and M. Messi. The player had a clause in his contract which allowed him to leave for free, if he informed the club of his desire before June 10. That date has passed and the Spanish giants believe the clause has expired but Messi and his team feel it should be extended to cover the prolonged season – which ran until August due to the coronavirus pandemic.

However, with the reports that Messi is set to leave Barcelona were beaten 8-2 by Bayern Munich in the Champions League quarter-finals, a journalist, Diario Ole, has listed eight clubs that are in a position to sign Lionel Messi from Barcelona.

Moments after the news of Messi’s decision to leave Barcelona went viral, a screenshot of the Barcelona forward following English Football Club, Chelsea on Instagram emerged on the micro-blogging site, Twitter. 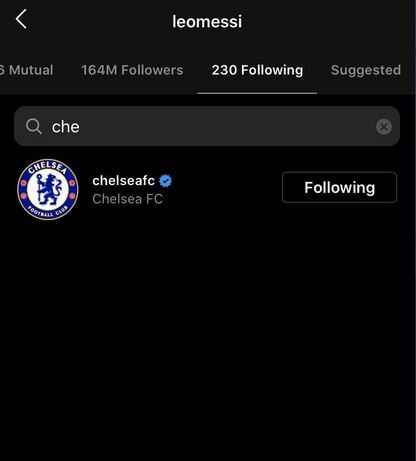